Susan Foreman, an unearthly child. We first saw her grooving to the latest hit on her transistor radio, c. 1963. Her teachers, Barbara Wright and Ian Chesterton, thought her very peculiar, intelligent beyond her years, but still very much a child.  Susan seemed from another time. They couldn’t quite put their fingers on it. All they knew about her was that she lived with her grandfather, the Doctor (William Hartnell). When they met him, they learned just how peculiar the two of them really were.

Carole Ann Ford played Susan for just one year. She quickly tired of the part and its lack of development. Though the show’s writers used an old trope to write the character out of the show — they married Susan off — her final story gave the character some depth that had been otherwise lacking. What happened next to Susan has remained a mystery on the show for the past 53 years. How sad that not even the rebooted Doctor Who has explored this territory. How did the Doctor come to have a grandchild? Who were Susan’s parents? And what happened to them?

Cambridge educated Liz Shaw did not come willingly to the United Nations Task Force, or UNIT. She was more or less drafted by Brigadier Alister Gordon Lethbridge-Stewart (Nicholas Courtney, RIP). UNIT specialized in investigating the unexplainable, the mysterious, things from “out there.” She joined in time to meet the return of the Doctor, who, unbeknownst to UNIT, had been forced to regenerate (from Patrick Troughton to Jon Pertwee) and banished to 1970s England. Liz possessed great scientific knowledge, but was no match to the Doctor’s extraterrestrial intelligence. Still, she held her own against the uppity Time Lord, but again, only for a year.

Caroline John (RIP) decided to leave after just one season. At the start of Pertwee’s second season, the Doctor asked about Liz. She went back to Cambridge, the Brigadier explained, wanting to get back to her own work. The Doctor protested. I need an assistant with scientific knowledge. “What you need, Doctor, as Miss Shaw often pointed out,” the Brigadier retorted, “is someone to pass you your test tubes and to tell you how brilliant you are.” He then said that the new assistant, Jo Grant, would fit the bill perfectly.

Katy Manning played Jo Grant for three seasons. While she had an air of independence and spunkiness, she still was clearly the Doctor’s assistant, not his equal. And in her turn, when it came time to leave, the writers at the time again chose to marry off the character.

Her successor stumbled into the TARDIS quite by accident. Literally. Sarah Jane Smith snooped around UNIT looking for a story about missing scientists. She went into the TARDIS and found herself in the Middle Ages. At first she thought the Doctor was behind the missing scientists, but soon found that he was trying to right things. She joined him in the adventure and for many more adventures to come. 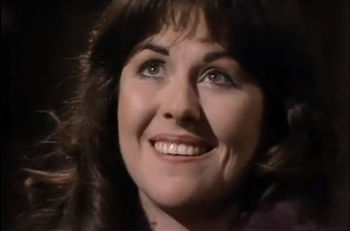 Played by the late, great Elisabeth Sladen, Sarah Jane Smith remains one of the most beloved companions of all time. Spunky, fiercely independent, very pro-feminist, she was very fond of the Doctor, but would not let him push her around too much. Their relationship evolved from a paternal one under Pertwee to an almost sibling one with Fourth Doctor Tom Baker. When Ms. Sladen decided to move on, for once, they didn’t marry her off. The Doctor had to go home to Gallifrey and felt he could not take her with him. So he took her home, where she resumed her career as a journalist. Many years later, during the time of the Tenth Doctor (David Tennant) we discover that she eventually had a son and that the Doctor had dropped her off in Aberdeen, not South Croydon. 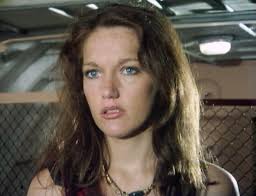 Leela, Sarah Jane’s successor in the TARDIS, could have been a hot mess. Leela is a huntress, a savage, one who stabs first then asks questions, maybe. A lesser talent would have played her to script, with grunts and snarls, perhaps flashing in the very skimpy outfit they gave the character to wear. Fortunately, Louise Jameson played Leela, and she played her brilliantly. Ms. Jameson’s Leela became Liza Doolittle to the Doctor’s Professor Higgins. Very intelligent, yet often moved by instinct, she did not allow the Doctor to bully her, but she looked up to him. She also became very attached to their robot dog, K-9 (John Leeson).

When she decided to move on, Ms. Jameson wanted Leela killed off, thinking that an appropriate ending for the character. But the producers at the time thought that would be too violent a death. So they married her off instead.

Mary Tamm as the First Romana

After Leela, we finally meet a female Time Lord, or Time Lady: Romanadvoratrelundar, or Romana for short. Shapely, sexy, a top graduate from the Time Lord Academy on Gallifrey, she made the Doctor rather nervous. (He was quite chaste at the time.) Despite her intelligence, she lacked street smarts, so inevitably she followed the Doctor lead. 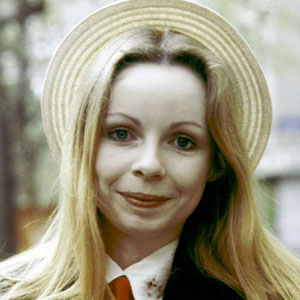 Mary Tamm (RIP) originated the role, but left after one season. Being a Time Lady, Romana regenerated, in a rather silly scene where she tried out different bodies. Ms. Tamm’s successor, Lalla Ward, played the part with less haughtiness and increased street smarts, able to maneuver enemies almost as effectively as the Doctor. Tom and Lalla had a brief romance and left the show together. Romana was not married off, however. She declared her independence at the end of her last story and went off with K-9 to start a new adventure, to become the Doctor in her own, parallel universe. Sadly, as with Susan, the show has never followed up on whatever happened to her.

New Who companions stand on an equal footing with the Doctor. Indeed, Ninth Doctor Christopher Eccleston has stated that he felt Rose Tyler, played by Billie Piper, was his character’s equal. However, her character was ultimately “married off” to a clone of the Tenth Doctor (David Tennant), a version that could not regenerate and was part human.

Companion Donna, with whom the Doctor “merged” to create the non-regenerating clone, became part Time Lord in the process. The result nearly burned her brain out, thus her memories of the Doctor had to be erased to save her life. She lost her super powers.

So while women on Doctor Who have evolved from screamers to nearly equal partners, they still remain nearly equal, secondary to the Doctor. Ultimately, it’s the Doctor’s show and he’s in charge.

A crack to this narrative developed during the time of the Twelfth Doctor (Peter Capaldi). The Doctor didn’t recognize his old friend and deadly adversary at first. She now went by Missy, short for Mistress. As she stated, “Well, I couldn’t very well keep calling myself ‘The Master,’ now could I?” 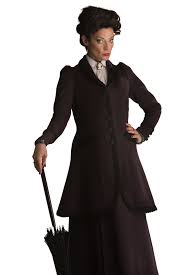 Michelle Gomez owned the screen with every appearance as the evil Time Lord, the Moriarty to the Doctor’s Holmes. She brought an exciting new energy to the character, first introduced in the 70s during Jon Pertwee’s era and played by Roger Delgado. Instead looking like a classic Svengali, like Delgado’s Master, Missy looked like a deranged, nightmarish Mary Poppins. But during her time on the show, Missy evolved. She turned less evil and began showing compassion for the Doctor openly. She craved their ancient friendship, needed it.

Having gone there with Missy, it therefore seems only logical that the show would “evolve” in terms of casting for the Doctor. How very wonderful that they did. I don’t know anything about Jodie Whittaker, the Thirteenth Doctor. I have never seen Broadchurch, where she worked with Doctor Who’s new, incoming show-runner Chris Chibnall. But then, I never heard of Matt Smith, David Tennant, or Christopher Eccleston either and I liked all of them. 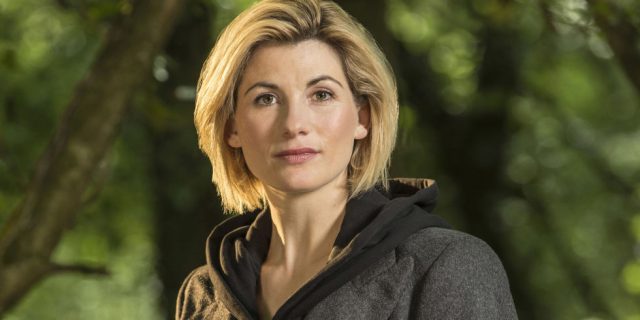 As always with Doctor Who, it’s all about the storytelling. I hope her stories soar.

As for those who have bellyached about the Doctor’s change in gender, I’ve seen three tweets that offer the best responses. The first comes from the Sixth Doctor, Colin Baker, who brilliantly paraphrased the first words of his own Doctor:

Change my dears and not a moment too soon – she IS the Doctor whether you like it or not!

Merriam-Webster provides lexicographical shade, something it does with great aplomb:

‘Doctor’ has no gender in English.

And finally, this response, more than any other, demonstrates why this change matters, why representation matters. (Wait for it…)

Yes, girls have worn long scarfs, fezzes, bowties, and perhaps even celery sticks. But it’s a totally different thing to see a face like your own represented. A woman will be the hero of the day, not just the accessory of the hero. I hope Ms. Whittaker enjoys her run in the TARDIS and that we all enjoy the flights she will take in the ancient craft.