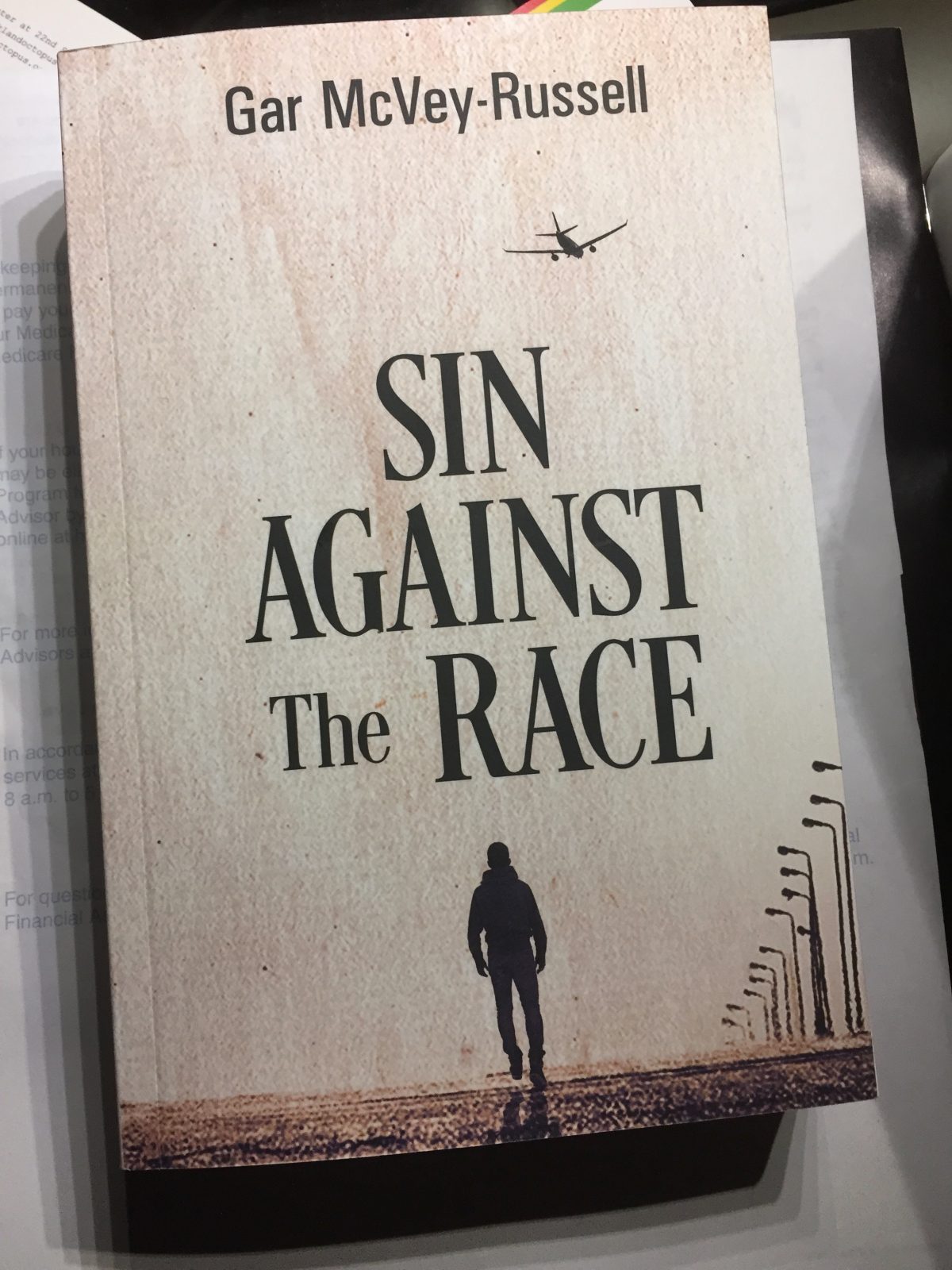 December 16 is the birthday of my fictional character Alfonso Rutherford Berry, III, protagonist for my novel Sin Against the Race. So to mark the occasion, I read parts of the book that reflect upon Alfonso’s 21st, which he spent in hospital. Earlier in the book, police beat him while he tabled at a needle exchange next to Huckleberry Park, putting him in a coma. His father, Ford Berry, never approved of the needle exchange, so as Alfonso lost consciousness, he thought his father had set the police on him as punishment for defying him. The reading deals with the aftermath of all that, and the regrets Ford experiences.

You can hear a little snippet of music during an early part of the reading, “Alleybird” by Anton Schwartz from his classic 2014 album Flash Mob. A slow, expressive blues, for me the tune captures all of the regrets and laments Ford experiences in light of what happened to his son. At this point, he finally starts to put two and two together and question what part he played in his son’s tragedy. Flash Mob was a mainstay for me while writing this book. Buy this great album!

Finally, some exciting news: Sin Against the Race appears on Out in Print‘s Best of 2018 list. I am humbled and honored for this recognition.  Here is the video of the reading. Enjoy!

SIN AGAINST THE RACE, a novel–Click image for info

Happiness is knowing your vote is received and cou

A nice cup of tea. We’ll see if writing follows.

OMG, a street preacher called out my Busboys and P

@berkeleythaihouse for the first time in over a ye

On this date in 1993, something happens to my char

This is the first paper edition of the BAR we’ve

Happiness is coming home to a lovely present on yo

Eating out for the first time in a year. #indianf

Setting up for @sonic fiber optic cable network on

Excited to be reading @iqarus.bookcon with these f

This will be a two mugs of tea kinda day. (@murchi

The Pale Blue Dot. Our only home. Don’t screw i

A taste of #Oakland. @arizmendilakeshore #pizza #