My standard workout routine runs Sunday through Friday. On weekdays, I get up quite early, usually by 4:30. After shaking away grogginess, I dress in a t-shirt and shorts—sometimes long pants in the winter—then go around the house in the backyard to the rear entrance to the garage. This leads to the basement, a low-ceiling expanse where the washer, dryer, and my workout equipment are located. I have a Bowflex and an elliptical machine.

After I finish my routine, I take the same route back to the main part of the house. During most of the year, when I finish working out, dawn has not occurred yet. Blackness still covers my part of the world. For a long time, this has given me pause. A series of what-if scenarios play uncomfortably through my mind as I emerge from the garage and walk the pathway around the house to the backdoor.

Opposite the back of the house lies a low fence between our property and our neighbor’s on the next street over. One can easily look into her backyard, see the sliding glass door into her house.

What if there’s a police action next door, officers roaming my neighbor’s yard after a break-in or perhaps searching for a runaway suspect?

Some my think my concerns silly. I live in a “good” neighborhood. Police actions are rare, though not unheard of. Once, while working at home, I heard a helicopter circling close overhead. Checking around different websites revealed that the police were searching for a suspect about four blocks from our house. I stayed inside.

Sadly, it doesn’t matter what type of neighborhood one lives in when one is black. Anything can happen. The latest police shooting in Sacramento give tragic justification for my concerns.

Stephon Clark was shot multiple times, with several bullets hitting him in the back according to autopsy reports. He was in his grandmother’s backyard, a place as familiar to him as my backyard is to me. He should have been safe, but was not. Details continue to emerge, and the initial police account does not jibe with the facts. They claim to have felt threatened by Mr. Clark. But how threatening could he be if he had his back to them?

The first report about this latest black man shooting stated that Mr. Clark had a cellphone in his hand, which the police mistook for a gun. I don’t own a gun. I despise them. But I do have my metallic water bottle with me when I work out. I carry it downstairs and have it with me when I emerge. 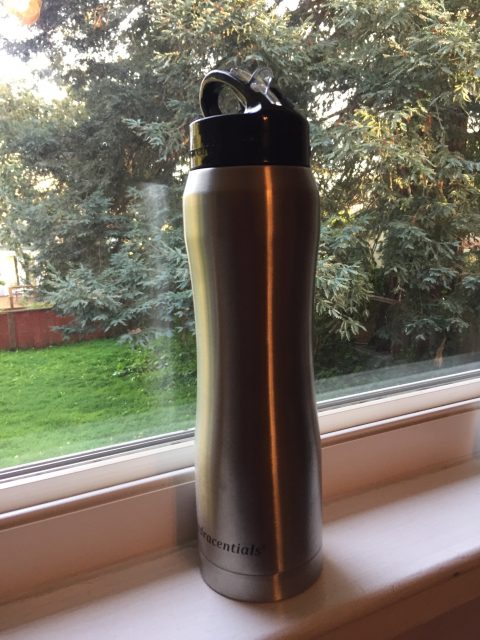 My water bottle, my backyard.

So now during those moments I feel a pause come over me, an apprehension fed by “what ifs” as I walk through my own backyard, I wonder if my water bottle puts me at greater risk. Does it look like a weapon from a distance, like a gun?

The tragedy of Mr. Clark’s shooting has played out as so many have in the recent past. Details remain sketchy. Video contradict police accounts. In the absence of facts, the victim becomes the subject of suspicion and derision: if he had done this or that, then the police wouldn’t have shot him. That the victim rarely has a gun on his or her person becomes an inconvenient afterthought.

Another “afterthought,” rarely discussed in depth, what happens to the victim’s family? Mr. Clark has two sons, ages 1 and 3. They are now fatherless. Former NBA player Matt Barnes and the Rev. Shane Harris of the National Action Network announced a new scholarship fund to help Mr. Clark’s sons get to college. The fund will also help others who lost a parent to police violence.

No one should feel unsafe walking in their own backyard. We should not have to make such declarations, anymore than we should have to say that black lives matter. But clearly we must. For clearly, too many fail to take the message to heart.

It’s springtime now. The mornings will grow lighter. When I finish my workout, I will emerge from the garage into a backyard bathed in the glow of a new dawn. My appearance, and that of my silvery water bottle, will not hide in the shadows. Perhaps we should put more lighting in that part of the yard for when the days grow short again.

Why should we have to worry about such things?