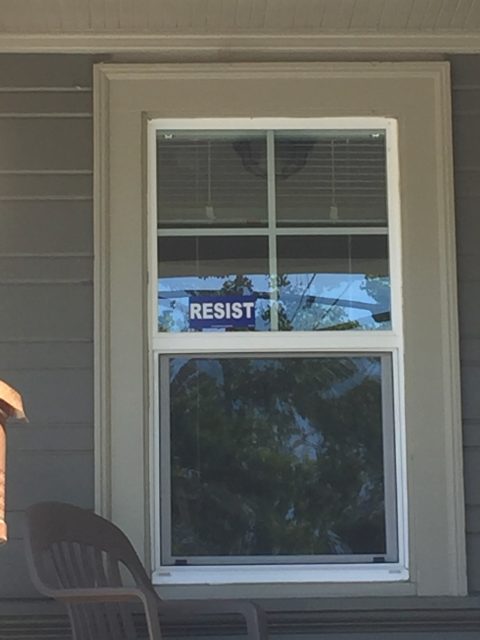 Signs of resistance. I began noticing them on my trips for take-out Cambodian food, just here and there. I thought vaguely that I should photograph them, but then wouldn’t, too distracted. But on each viewing, each time I passed, they kept calling to me. Finally, the Oakland Museum of California opened an excellent exhibit of Dorothea Lange, the master photographer of the Depression. She documented the Depression so vividly, capturing the  weatherworn, leathered, downturned, enduring, surviving faces. Not the robber barons, not the Wall Street elite, not the Washington politicians, just people trying to make it. Her images allow us to revisit a time when capitalism exploded, creating casualties from coast to coast. Her example got me off my ass and into the streets to take a few photos of what I saw.

Our era shares a trait with the Depression. They are both times when our country failed its citizens. Institutions and protocols that should have prevented a nutjob from winning the presidency failed. A nutjob won, and we’ll suffer the consequences for years to come, even if he doesn’t serve out his entire term.

It’s healthy to see the signs of resistance. They reassure me. We’re all going through this together. We have each other. We’re telling the world that we know we’re living through bullshit and that we’re not a part of it.

I finally started taking pictures because as Ms. Lange demonstrated, it’s important to capture history. These times are not normal. We should continue to document why.

I took all of these in Oakland. 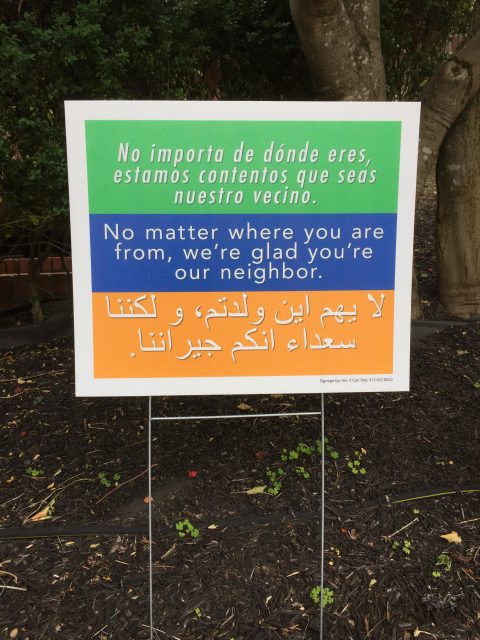 A block in Trestle Glen has many of these signs. 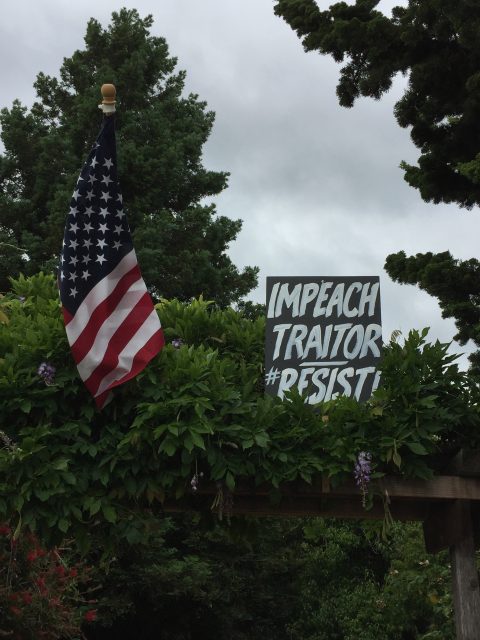 Laurel District. This is one of my favorites. I like the incorporation of the flag. The Right too often hijack patriotism, making it a bludgeon to attack people with. We shouldn’t let that happen. 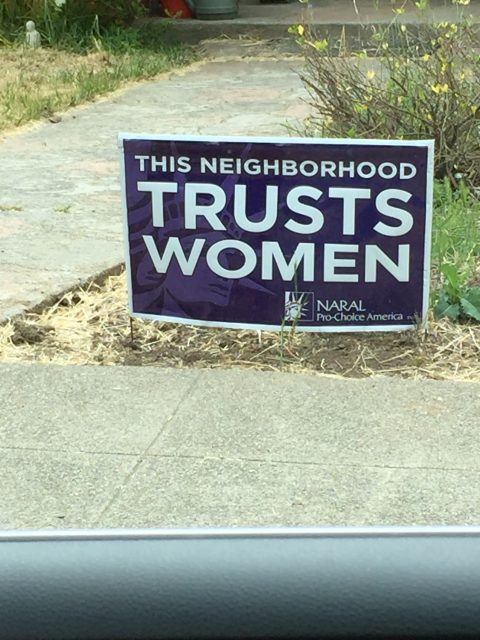 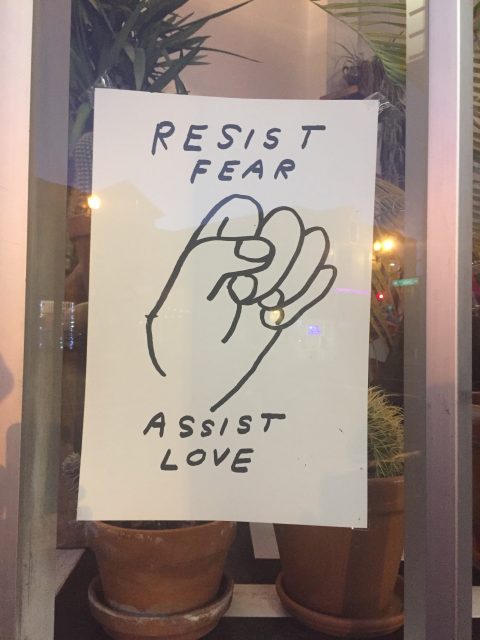 Many shop owners have placed signs in their windows supporting the Muslim community, the immigrant community, or others attacked by the Trump regime. This one is from Piedmont Ave. 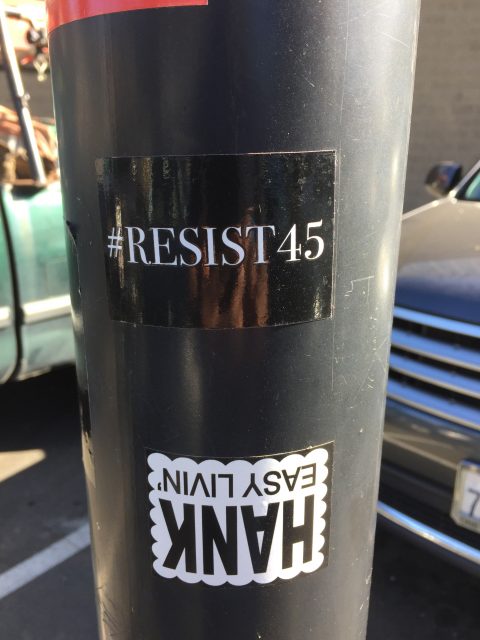 Some have taken matters into their own hands. From a lamppost in the Farmer Joe’s parking lot. 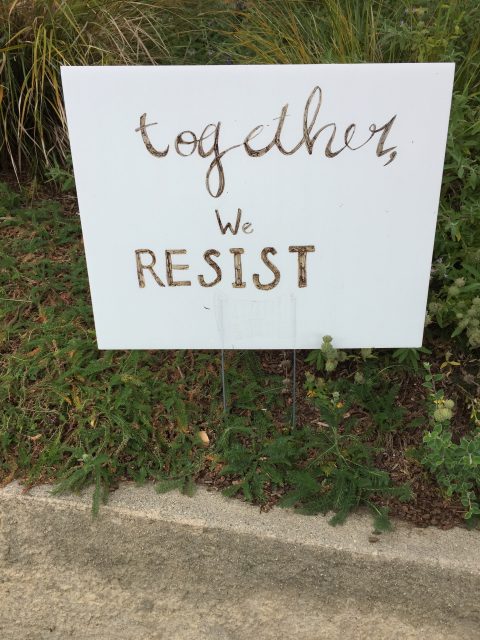 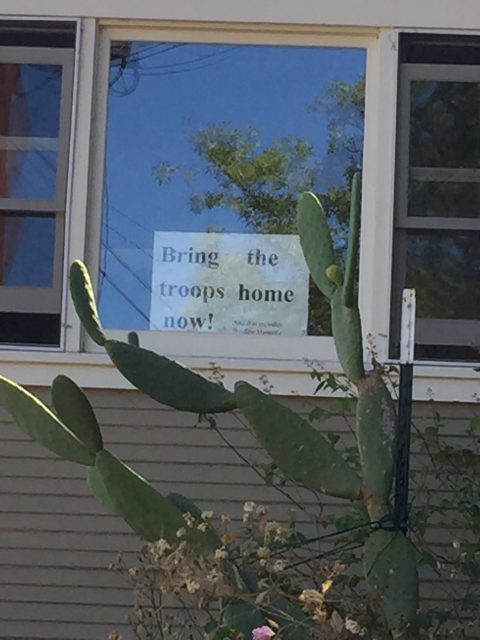 Upper Dimond. I talked to the homeowner who put up this sign, which dates back to 2002. She said a US Marine once came to her door years ago and thanked her for having it up. 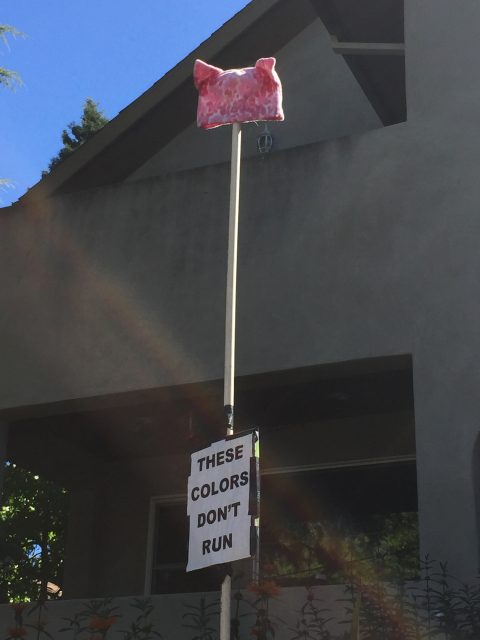 Upper Dimond, just up the block from the last one. Love it. 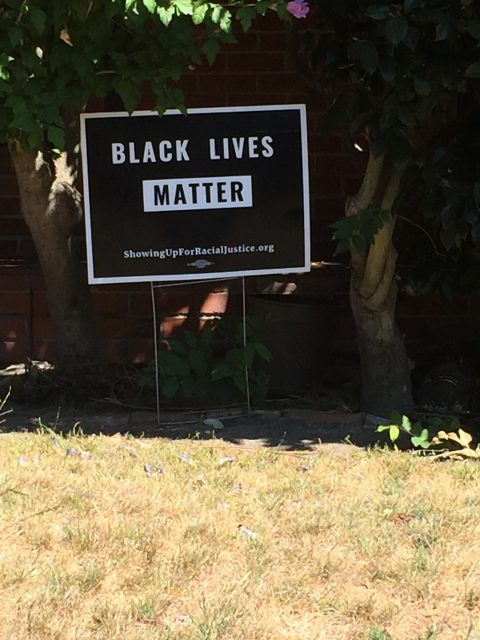 Lincoln Highlands. Lots of these around. 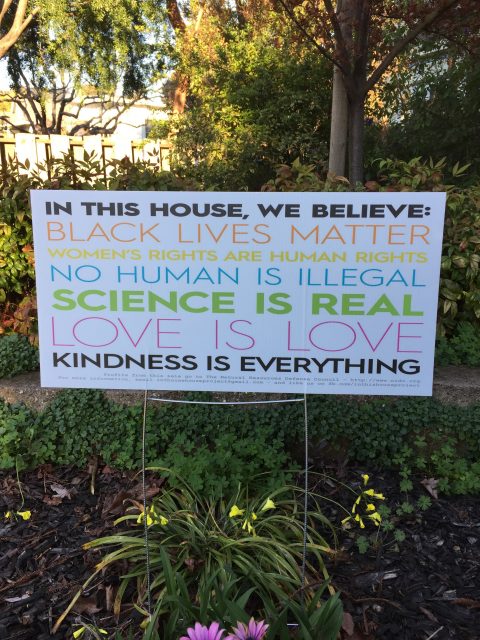 Our neighbor organized the purchase of these signs. They are up and down the block, as well as all over town.