Stellar evolution. Lately, the current trajectory of the Republican Party has me thinking of the lifecycle of massive stars. All stars go through the same general evolutionary pattern, but larger stars die more dramatically. If the GOP has entered its death throes, then it is doing so in the most dramatic way possible.

Stars in the prime of their lives are said to be on the main-sequence. Our sun is on the main-sequence, slowly converting hydrogen to helium deep in its core. The hydrogen-helium nuclear fusion process is the most efficient and while a star stays in this phase, it remains more or less stable.

Let’s say that political parties with ideas that fit the comfort zone of most Americans are on the “main-sequence.” Their ideas fuel the party’s agenda, the way hydrogen fuels a star’s nuclear fusion and keeps it going. However, political parties, like stars, are not homogenous nor are they static. Hydrogen makes up most of a star’s mass at birth, though other elements are present, too. And of course the hydrogen is slowly converted into helium. Similarly, fringe elements also exist in political parties. When hydrogen no longer constitutes the primary element within a star, and the star begins fusing helium and even heavier elements to stay alive, it is said to move off of the main-sequence. It’s still alive, but it becomes enlarged, erratic — and in the case of massive stars, prone to violent fits, blowing off large chunks of itself. 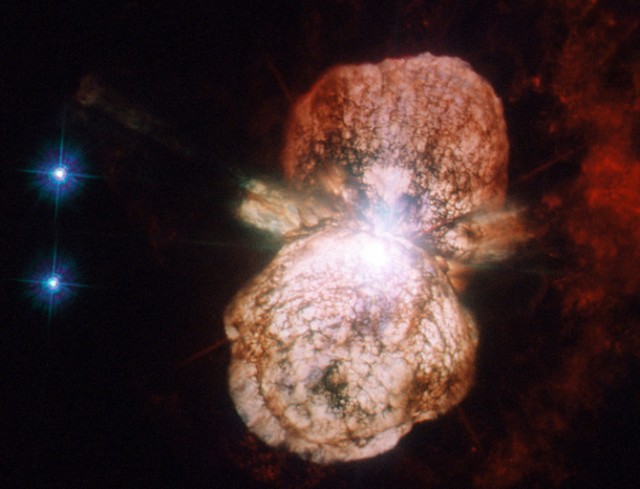 By this analogy, a political party moves off its “main-sequence” when more and more fringe elements begin influencing its direction and purpose, and when those elements begin pushing out what once had been considered mainstream. In the GOP’s case, the fringe elements are mostly religious conservatives, nationalists, xenophobes, and overt racists.

From Lincoln to Eisenhower, the Republican Party lived more or less on the “main-sequence.” By the Nixon Administration, the “hydrogen” began to run out and the fringe elements began taking over. By Reagan, the fringe elements started exerting more influence. No response to AIDS. Contra-gate. James “two Jews and a cripple” Watt. However, the fringe had not fully taken over, not yet. When Reagan vetoed a bill calling for divestment from Apartheid South Africa, Congress overrode him. 81 House Republicans and 31 Republican Senators joined Democrats in that override vote. And despite his conservative bluster and posturing, even Reagan approved bills raising taxes, as did his successor George H. W. Bush, though the move likely cost him his reelection.

But with the arrival of George W. Bush, the fringe took over. The Republican Party moved decisively off the “main-sequence” and adopted a harshly conservative agenda that included no rights for LGBTQ folks, no reproductive rights for women, a hatred for science, and no new taxes under any circumstances. From these positions a majority of Republicans will not budge. Those who show any leniency are quickly exiled, blown into the political interstellar medium like so many random hydrogen molecules off of a fitful, massive star.

At this point in stellar evolution, a massive star is fusing heavier elements — helium, carbon, neon, oxygen, silicon, etc. — in concentric shells above a growing inert core of iron. 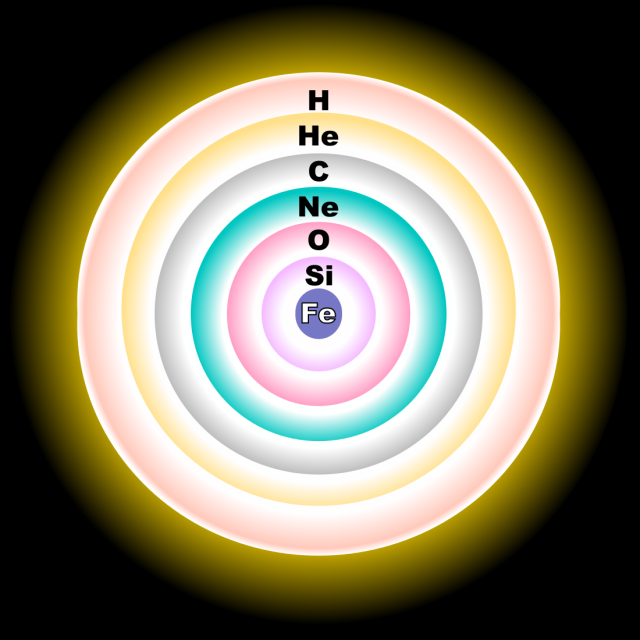 Each of these fusion processes keep the star going, but none are as efficient as hydrogen. Each delivers less energy than the one before it, until you get to iron. Iron won’t fuse into anything, since the process takes energy rather than produces it. Thus, iron won’t react. It sits there like a lump, growing bigger and bigger. Very much like Tea Party Republicans. They refuse to interact with anyone. They refuse to compromise. They prefer to let the country go to hell rather than to actually allow government work. Tea Partiers are the iron core of the Republican star.

What happens to massive stars with large, inert iron cores? They explode into supernovas. Nuclear fusion, which had for the star’s lifetime fought the urge of gravity to collapse the mass of the star in on itself, can no longer produce enough pressure to prevent that collapse. And the iron core alone certainly cannot. So the star collapses and explodes. Thus is the fate of a massive star. Depending on the size of the star, the remnant of the supernova will either become a neutron star, spewing toxic radiation into space like a hyperactive lighthouse. Or it will collapse to a point of singularity and turn into a black hole. 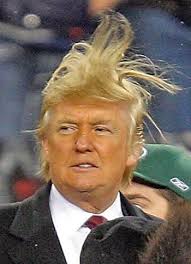 With Donald Trump leading the Republican presidential field, the GOP clearly has a massive iron core problem. Out the gate, Trump aligned himself with the bigots and racists by declaring that Mexicans are rapists and drug dealers. His rhetoric has only worsened. Yet, not only has he continued to get votes, but more Republicans politicians have started to endorse him. Most perversely, Governor Chris Christie and Dr. Ben Carson, Trump’s onetime opponents, now dance with him.

The so-called “mainstream” Republican Party power brokers are aghast at this development. They believe, rightly, that Trump will alienate too much of the voting populace in a general election. But they have no one but themselves to blame for Trump’s rise to power. The GOP mainstream routinely rejects science, disparages women, people of color, and LGBTQ folks, and places profits over everything every time. Every time. By today’s standards, they would consider Eisenhower, who launched the nation’s interstate highway system, or even Nixon, who created the Environmental Protection Agency, communists.

Today’s GOP might think they still have some mainstream values left, but in reality they’ve been off the “main-sequence” for decades. In addition to Trump, they have candidates like Senator Ted Cruz, who singlehandedly held up the budget and nearly destroyed the country’s credit rating. And Senator Marco Rubio, who despite earlier leanings towards solving problems, like immigration, has now tacked hard right to keep up with his opponents. And the Congress is still chockfull of Tea Partiers, unwilling to budge from their positions to compromise on anything.

George W. Bush, the last Republican president, started an unwinnable war and tanked the economy, nearly driving the world into a second Depression. When the GOP finally goes supernova, how much more damage to the country will they do?