I can’t look at his face.  It’s young and black, as mine was once upon a time, and I remember that face.  It beamed from the praise heaped upon it when UCLA said, come, study here.  It laughed at nonsense and hung out with friends.  It grimaced in disgust over problems profound and mundane.  It hadn’t learned to tell the difference between the two, yet.  (It’s still learning.)

I can’t look at his face.  Mine has seen nearly 30 more years.  His face could belong to my son, if I had one.  I cannot imagine loving a son like that and then his photograph being  the only reminder of his existence.  I’d go mad.

I can’t look at his face.  I cowardly scroll the screen so that his face is removed from view  as I squint my eyes and I read the account of his final moments on this earth.  Then I click away to some other page.  Insulation from not-going-there shields for a time, but wears thin over time.  “Seen this movie before” is a cruel cliche, the litany of names of those who had similar faces a travesty.

I can’t look at his face, because I don’t want to think about why the young man who owned it no longer walks this earth.  I don’t want to imagine the fear the face expressed, contorting so beaming a face into mortal terror, faced with a problem he should never have encountered.  I can’t look at his face because of the senseless, horrid, cruel, meaningless, disgusting, dirty, cowardly way it was taken from his parents and friends.  I can’t think about the evil force that so casually dispatched him.  I can’t think about the way, days and weeks later, no one of authority gave a good hoot about why this young man’s face is no longer on the planet.  I can’t live with yet another reminder that this type blatant, naked racism still haunts this nation 147 years after a Civil War that supposedly dealt with this issue; and with yet another example of the consequences of so many people still not believing that that war was about what it was about.

I can’t look at his face because it confirms that Baratunde Thurston was correct when he proclaimed that post-racialism is “some bullshit.”  Having a black man in the White House could not save this young man, because attitudes have not changed, unequal legal enforcement has not changed, gun-happy laws that empower those with guns to have at it have not changed.

I can’t look at his face because the weight of all this becomes overwhelming, and I despair.  But I must look, to honor his memory, to witness his death, to pledge not to forget, to strive not to let it happen again anywhere. 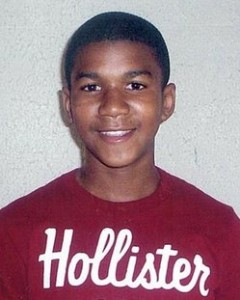 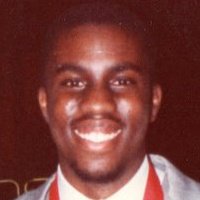